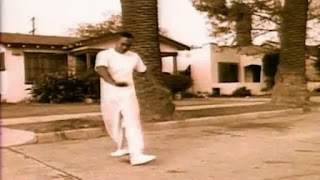 Mitchell Charles Johnson, better known by his stage name Paperboy, is an American rapper. He is best known for his single "Ditty." It is the opening track on the album and was issued as the album's lead single.

"Ditty" is a song by American rapper Paperboy from his debut studio album The Nine Yards. When Mitchell “Paperboy” Johnson thought of the concept for “Ditty,” he couldn't have possibly imagined it becoming the seminal hit that it did.

"Ditty" is Paperboy's only song to chart on the Billboard Hot 100, peaking at #10 in 1993.[5] It was awarded a platinum certification from the Recording Industry Association of America.[6] In 1994, the song was nominated for a Grammy Award for Best Rap Solo Performance.

Watch the Official Video below!

Posted by Jessithapromoter at 7:56 PM