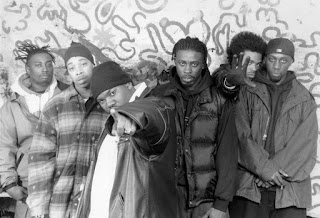 With a history of harnessing their own dynamic and fostering their own language, it was only a matter of time before they rocked the industry with futuristic thinking once again. This time in the form of a one-of-a-kind Wu-Tang Clan album that made it into the hands of a future felon for a whopping $2 million.

When news came out about a single copy album being dropped by none other than Wu-Tang Clan, fans were chomping at the bits to hear the exclusive content. The rap group has made an influential name for themselves in the music industry over the past 30 years, with songs like “Protect Ya Neck,” “C.R.E.A.M,” “Gold,” and many more.

Wu-Tang Clan dropped their single copy album on March 26th, 2014. According to an interview with Forbes that was reported by Scluzay, the exclusive release of their album Once Upon a Time in Shaolin came in response to “music [being] economically and experientially devalued in a world of superficial streaming and data consumption.”

It seemed unfair for many fans at first as the media continuously defined their motives to be aligned with making more money. However, Cilvaringz told Forbes, “It was never a simple money-making scheme as the press made it to be.”

In fact, the Wu-Tang Clan member explains that the idea was actually more aligned with his own experiences with some inspiration from the Renaissance age.

“The idea to do a single copy album conceptualized itself on a variety of factors, such as my career, experiences, debates, a shifting industry, and more,” Cilvaringz said. He continues,

“[The single copy concept] mostly drew inspiration from musical patronage in the Renaissance age and was intended to inspire profound debates and reflection on how we value, experience and define music in today’s world.”

Posted by Jessithapromoter at 8:11 PM