What Happened To T-Pain? 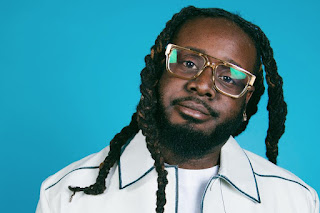 T-Pain is an influential rapper best known for songs like “Bartender” and “Buy U a Drank.” He was one of the most popular artists on the radio in the early 2000s. T-Pain is also a businessman and has immersed himself in the production side of the music industry.

In the early 2000s, T-Pain broke into the music business when he linked up with the influential artist Akon. T-Pain released his debut album, Rappa Ternt Sanga, in late 2005. The album became an instant hit with fans and critics and spawned popular singles such as “I’m Sprung” and “I’m N Luv (Wit a Stripper).”

Over the next few years, T-Pain seemed to be everywhere, releasing new music and collaborating with major artists like Chris Brown, Flo Rida, and DJ Khaled.

T-Pain stated that he has been on the “high end” as well as the “low end” of the financial spectrum, and has been both very broke as well as very wealthy. He stated that years of bad spending habits and “bad investments” led him to lose around $40 million of saved income.

These days, he has begun to work on getting back out there and recently did a successful stint on the hugely popular show The Masked Singer. With his current perspective and the added benefit of years in the industry, T-Pain is poised for a major comeback.

Posted by Jessithapromoter at 8:52 PM