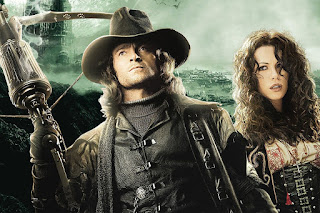 While Universal‘s Dark Universe plans have failed to take off, the film studio is nevertheless refusing to give up on its individual titles. According to new reports, the company has now confirmed a reboot for its 2004 film, Van Helsing.

While information regarding the upcoming project remains scarce at this point, we know that the reboot will be tapping two massive talents within the grim-dark cinematic world. The Conjuring‘s director James Wan will be taking on the role of producer, while Overlord‘s Julius Avery will direct. The latter will also be re-writing a script previously penned by Eric Pearson, whose other works include Thor: Ragnarok and the upcoming Black Widow.

It’s not the first time Universal attempted to reboot the vampire-hunting picture. Back in 2012, rumors surfaced that the studio was looking into developing a Van Helsing title featuring Tom Cruise as the lead and Guillermo del Toro as director. Unfortunately, it never came to fruition, although Cruise himself later starred in 2017’s The Mummy, another monster reboot from Universal.

For fans of the original film, definitely stay tuned for more updates to come.

Posted by Jessithapromoter at 4:59 AM