The Truth Behind Gucci Mane And Young Jeezy Beef 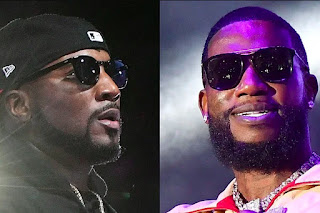 In 2005, Gucci and Jeezy joined forces on two tracks, “Black Tees” and “So Icy,” both produced by then up-and-coming beatsmith Zaytoven. “Icy” caught fire almost instantly in rap circles and Gucci Mane pushed it as his lead single from his debut LP, Traphouse.

Either way, whatever working relationship the two rappers had disintegrated. In 2005, Gucci dropped the diss track "Round 1," on which he picks Jeezy apart from beginning to end. In 2012, Gucci dropped “The Truth,” a scathing diss track meant to destroy Jeezy from the inside, out.

A short history of events leading up to the Gucci vs Jeezy verzuz on November 19, 2020.The jeezy vs gucci story goes back 15 years, and it wasn't always bad.

Posted by Jessithapromoter at 2:35 AM