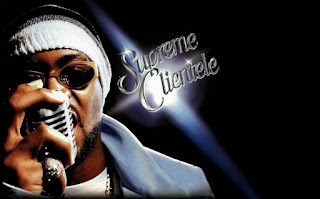 The Wu-Tang Clan had dominated the '90s both as a group and as individual artists -- thanks in no small part to Ghostface Killah, whose 1996 debut album Iroman is among the Wu-Tang's finest work -- but by the end of that decade, there were serious doubts in the hip hop community that the group had anything left to say. Ghostface wasn't giving up that easy, though.

He tapped the Wu-Tang's production mastermind RZA to helm about half the tracks on this 21-song album, and he matched the production with some of the best rapping of his career. It's a bolder, richer, more modern-sounding album than Ironman, and it helped the Wu come into the new decade swinging. Would they be the timeless group they are today had this album not saved them from becoming '90s relics? Maybe not.

Posted by Jessithapromoter at 10:37 PM