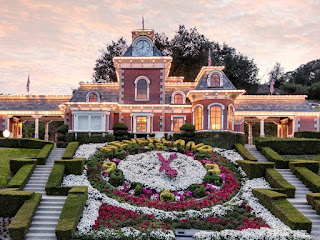 Michael Jackson House Tour 2020This video is about Michael Jackson's House 2020 in inside and outside. We really like to watch beautiful Home tour video as well as the Cars collection of popular celebrity. Especially, fans of Michael Jackson never want to miss any news update about him.

Jackson paid $19.5 million for the iconic estate in the late 1980s, but after the singer defaulted on a loan, real estate investment firm Colony Capital bought it in 2008 for $22.5 million.

Spanning 2,700 acres in the Santa Ynez Valley, the park-like property has recently been rebranded as Sycamore Valley Ranch. A four-hour documentary titled “Leaving Neverland,” which shares the accounts of two men claiming Jackson sexually abused them as children at the home, airs next week on HBO.

A 12,000-square-foot mansion designed by architect Robert Altevers anchors the grounds. Built in the French Normandy style, it holds six bedrooms and nine bathrooms, including a master wing with its own garden.

Nearly two dozen other structures populate the property, including three guesthouses, a movie theater with a stage, a brick train station and equestrian facilities such as barns, animal shelters, corrals and a maintenance shop. Under the train station, colorful shrubs depict a floral clock with the word “Neverland.”

Posted by Jessithapromoter at 1:07 AM