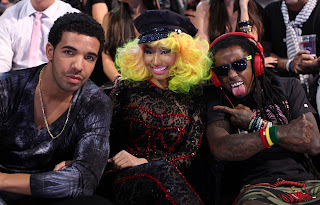 It was recently reported that Lil Wayne sold his masters to Universal Music Group for $100 million back in June of this year. After documents of the deal were revealed, the sale reportedly included the master of Young Money artists as well. The three prominent artists on that list are Drake, Nicki Minaj, and Tyga. Given all of the work and culture shifts that the four artists have created, $100 million seems pretty cheap for ownership of their sound recorded copyrights.

This news led fans to speculate which albums were sold within the deal. According to the documents, the masters include every Drake album aside from his 2020 releases. Every 2020 release from the OVO CEO is under his OVO imprint in conjunction with Republic Records. Republic is also a subsidiary of Universal Music Group. Every project from 2009’s So Far Gone to 2018’s Scorpion is reportedly included in Wayne’s Universal deal. On the other hand, all of Nicki Minaj’s albums have fallen under the Young Money/Cash Money imprint since her debut release, Pink Friday.

Well, fans were not happy once the news broke of Weezy’s deal with UMG. One fan even mentioned Wayne’s multi-year battle with Birdman in the past. It looks like that effort was to no avail because he put it up for sale years later. Earlier this month, Wayne pled guilty to gun charges for an arrest back in 2019.

It's a well-known industry narrative: huge labels paying big money to acquire music copyrights. It appears Lil Wayne's latest lawsuit fits right into this trope. A new court filing alleges what has been rumored for a while now, that the Young Money head honcho sold all of his masters, as well as Drake and Nicki Minaj's, for $100 million. Shocking? Maybe not. It seems Drizzy already predicted these shady moves back in 2018.

For Drake and Minaj this deal encompasses their entire discography.

Posted by Jessithapromoter at 8:32 PM