Can Music Keep Up in the Attention Economy? 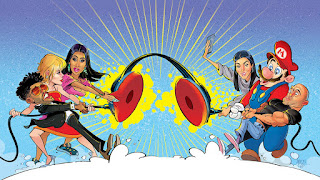 Music streaming services have continued to add U.S. subscribers this year, according to MIDiA Research, growing by 11 million paying users from January to September, to 117.9 million. But in a potentially troubling sign for the recorded music business, the number of total streams has remained the same.

For the past four months and counting, audio music streams have averaged 17.5 billion a week. That’s up slightly from the early March pre-pandemic peak, before the lockdown cut music listening down by 13% to a year low of less than 15 billion streams, as consumers stopped commuting and obsessed over the news. Streaming gradually rebounded, increasing 15% by the end of June — but has plateaued since.

This could actually be good news for streaming services, which for the past two years have been pouring money into podcasts, which cost them less. Streaming companies don’t have to share as much revenue on podcasts — a growing number of which they own — as they do on streams of music, most of which they don’t. But for record labels, publishers, songwriters and artists, this may be the calm before the storm. In the short term, at least, the lack of growth in the number of streams won’t  impact the music industry’s aggregate streaming revenue — if subscribers are added and consumption stays flat, rights holders just make more per stream. But a move toward podcasts could cost rights holders leverage in licensing negotiations.

Perhaps more important, with some 55,000 new tracks being uploaded onto streaming services every day — up from the 40,000 reported in April 2019 — you have a dilemma: more songs (and more users) competing for a fixed number of streams.

Has streaming volume really peaked in the U.S., though, or is the current growth freeze just a blip?

A number of factors seem temporary. Label sources point to the previous year, where cyclical trends in the release schedule led to finite periods of flatness. The presidential election also appears to have cut into music time, given the sharp dip in streaming during election week itself. Thanksgiving has also historically seen a 2% to 3% dip in music streaming. (The U.K., by comparison, where neither occurred, saw streaming dip 5% when the pandemic hit but regained momentum in three weeks and has continued to edge upwards since.) Another obvious factor limiting music streaming time for now is the lack of commuting, with most offices still closed.

Other forces are putting permanent pressure on streaming volume, though. Gaming is competing for attention with music. Market research firm IDG Consulting reports increasing average gameplay hours per user across the board. Counter Strike Global Offensive play increased 40% since the pandemic started and Defense of the Ancients is up 38%. Roblox, which appeals to kids 9 and up, hit 120 million global monthly active users in June 2020, and IDG Consulting now puts that figure at about 160 million — a fifth of which are likely in the U.S. That’s a 33% increase in just the past five months.

TikTok is also giving music streaming platforms a run for their money. The company claimed 100 million U.S. daily active users in September. For context the U.S. online population under the age of 29 is only 110 million, meaning TikTok may have already soaked up its addressable market. The app has been installed more than 66 million times this year, according to app analytics company Sensor Tower, and 37% of that activity happened between April and June. The company estimates that 40% of TikTok’s U.S. growth was accumulated in 2020. (From July to September, installs dropped by 31%, possibly indicating a saturation point.)

Posted by Jessithapromoter at 10:26 PM