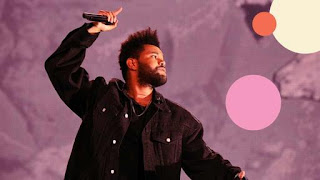 Jay-Z has dropped news about next year’s Super Bowl halftime performance letting fans know that Roc Nation has teamed up with Pepsi and the NFL to bring Canadian singer The Weeknd to center stage of the most electrifying sporting experience in the country.

Set for Sunday, February 7, 2021, at the Raymond James Stadium in Tampa Bay, Fl, the Pepsi Super Bowl LV Halftime Show, the Weeknd will sing and perform his top songs — and possibly bring on other big-name artists that will most likely be announced over the next few months.

“We all grow up watching the world’s biggest acts playing the Super Bowl and one can only dream of being in that position. I’m humbled, honored and ecstatic to be the center of that infamous stage this year,” The Weeknd said.

This will be the second year that the programming of the NFL halftime show is handled by Jay-Z and Roc Nation.

“The Weeknd has introduced a sound all his own. His soulful uniqueness has defined a new generation of greatness in music and artistry,” Jigga contends. “This is an extraordinary moment in time and the Pepsi Super Bowl LV Halftime Show is going to be an extraordinary experience with an extraordinary performer.”

Posted by Jessithapromoter at 8:07 PM