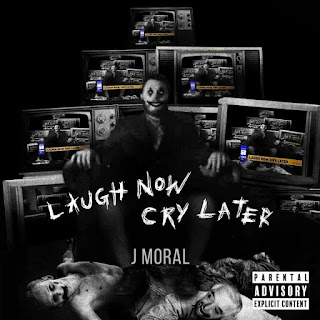 The Brooklyn rapper covers a lot on the ten track project. The opening number named after the album is a solid introduction with nice production and a good vocal lead that adds grit and personality to the song.

As the album progresses subjects from family conflicts and the struggles of life in the projects take center stage, with "My Pain" being a highly personal record from the artist. "Nva Know" is also a powerful number that expresses the deep rooted reality and past the artist has dealt with.

The motivation to achieve your dreams is something many artists possess and J Moral is no different making it clear from the context on his debut album.

Posted by Jessithapromoter at 11:59 PM