RZA and GZA of Wu-Tang Talk 'The Game Of Life' 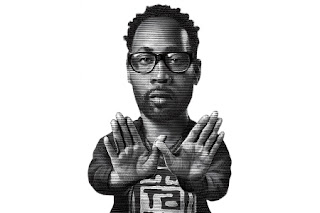 For as long as the two leaders of the Wu-Tang Clan have known each other, it still shocks GZA that he never played chess with RZA as a kid.

The pair are busy practicing this week for their Twitch debut on Saturday, where they will play and compete in a chess tournament hosted by Chess.com and Hennessy. It’s to benefit Black, Latinx and Asian small businesses struggling with the pandemic. GZA says he still remembers vividly to this day when his cousin taught his 9-year-old self how to play chess.

“I guess I remember it well because he had a black and red checkerboard, but the pieces were like clear plastic neon,” GZA tells The Washington Post in a video interview, who said he never forgot the lesson. “And they were weird colored, and they were caked in green. And he showed me the names of the pieces and how they moved.”

RZA said he started playing chess at age 11, which surprises GZA because they grew up together at the Staten Island neighborhood of Park Hill. GZA said they spent a lot of time in recreation centers where they met to play “stickball, Wiffle ball, Skully, Monopoly, Parcheesi, Trouble.”

“There was everything but a chess board!” GZA said. “And it just struck me, wow we never played each other as children.”

RZA started chuckling to himself. His story is far shorter, just as personal, and, as he called it, “kind of embarrassing.”

“I learned at the age of 11, and it was the same girl that took my virginity,” RZA said. “So … she taught me a couple things.”

Followers of the Wu-Tang Clan know that the legendary hip-hop group often played chess in their downtime, especially during tours. GZA says he plays online chess “every single day,” although it’s been a few months since he’s done some studying and reading on combinations. RZA said he had to block his schedule for all afternoon and evening Friday to get in some practice.

The two will be playing against Twitch streamers Nate Hill and iamBrandon, and they’ll eventually face off against Maurice Ashley. Ashley became the first black chess grandmaster in 1999 and is in the U.S. Chess Hall of Fame. Ashley is the subject of Hennessy’s “Wild Rabbit” advertising campaign, meant to center stories of “mental and intellectual greatness.”

“Big corporations aren’t really feeling the effect of this. It’s mostly affecting the laymen, and this charity will help the laymen,” RZA said. The Wu-Tang Clan has been involved in charitable works for decades, and even sold hand sanitizer for Ottawa communities earlier this year. In February, well before the pandemic, RZA donated 30 iPads to a Staten Island school. “I give my time because that’s the only commodity I can give back.”

The adage goes that “Wu-Tang is for the children” and GZA tells us that children can learn important life lessons in chess, things that can be applied to our predicament today. He said it teaches children how to deal with stress and think on their feet, and solving problems under pressure.

“You focus on the game, and you’re thinking what combination to use, and what to counter with. There’s a cause and effect. Similar to a question, there’s an answer,” GZA said. “When you play the game, you’re focused on the moment in time, and on thinking ahead. Outside of the game, when you’re dealing with other situations in life and your endeavors, chess is always a main factor. You’re thinking chess when you’re not playing chess.”

Saturday’s chess performance will offer new footage of the two playing chess, which has been rarely seen in public. And it’s GZA’s first exposure to Twitch. GZA said he hasn’t play video games much since the arcade days. But then he remembered an arcade cabinet at a Dublin venue, which just so happened to be near his hotel at the time. The cabinet had 300 games.

“I was just there playing ‘Space Invaders’ and ‘Donkey Kong’ all night,” GZA said. The Wu-Tang Clan aren’t strangers to video games, having been stars in their own, the 1999 original PlayStation fighting game “Wu-Tang Shaolin Style.”

On the other hand, RZA, living up to his Bobby Digital alias, is well versed in gaming culture and Twitch, in no small part thanks to his son, whom he plays with. He has every console in his house, and he’s recently become fascinated by virtual reality games. He also got his PlayStation 5 preorder in, but missed the early window, so he won’t be getting his on launch day.

He’s also learned more about Twitch through rapper Logic, who recently signed on to Twitch and is an avid gamer. Logic had a tribute song “Wu-Tang Forever,” which featured all the surviving members of the group. Rapper T-Pain also debuted his own channel to much fanfare in recent months.

Posted by Jessithapromoter at 11:09 PM