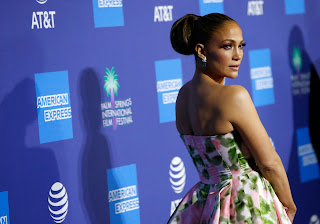 Jennifer Lopez is slated to receive ‘The People’s Icon of 2020’ award at the E! People’s Choice Awards on Nov. 15. The award will honor Lopez for her contributions to music, film, television, and fashion.

This has been a big year for Lopez, who was nominated for a Golden Globe (but not an Oscar) for her acclaimed performance in Hustlers. Jennifer Lopez was also nominated for a Primetime Emmy for outstanding variety special (live) for her headlining performance with Shakira at the Super Bowl LIV Halftime Show (Lopez's first Emmy nomination).

Lopez also received a pair of Grammy nominations in 2000 and 2001 for “Waiting For Tonight” and “Let’s Get Loud.”

“Jennifer Lopez has an unmatched global appeal and for more than two decades, has given us some of the most iconic, unforgettable performances of all time,” said Jen Neal, general manager, E! News, live events & lifestyle digital.

This will be the third year that E! has carried the show. The show originated on CBS in 1975 and remained on that network through 2017. Ratings for the annual event peaked in 1977, when the third People's Choice Awards attracted 35.3 million viewers.

Posted by Gansta Marcus at 7:24 PM