Jay-Z Opens Up About R. Kelly 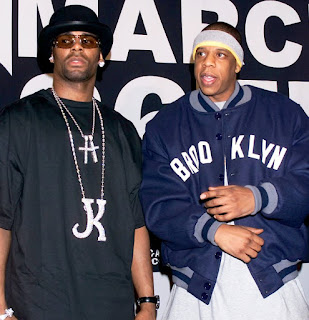 Kelly was kicked off the Best of Both Worlds Tour, his joint outing with Jay-Z, after a dispute between the two performers at New York's Madison Square Garden. During his performance, R. Kelly abruptly left the stage, claiming he saw two people in the audience with guns.

R. Kelly filed a $75 million lawsuit against Jay-Z and his Marcy Projects production company, accusing the rapper of “sabotaging” the pair's abruptly canceled Best of Both Worlds Tour.

But was Jay-Z trying to tell us something was going on with R. Kelly back then? Lets watch the interview together.

Posted by DJ Sippitakeover at 10:41 AM