The Insane Lifestyle Of Miley Cyrus 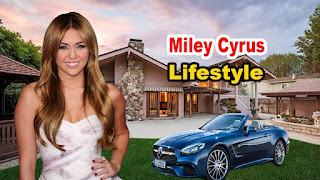 Cyrus was born in Franklin, Tennessee, and is a daughter of country music singer Billy Ray Cyrus. She became a teen idol as the title character of the Disney Channel television series Hannah Montana.

Cyrus is an outspoken animal rights advocate, and adopted a vegan lifestyle in 2014. That year, she founded the non-profit Happy Hippie Foundation, which focuses on youth homelessness and the LGBT community.

Posted by DJ Sippitakeover at 2:19 PM