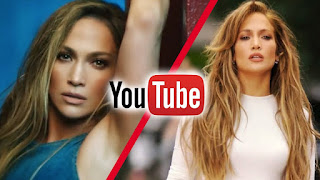 What if you were given the opportunity to redirect any one of Jennifer Lopez music videos, which would you choose?

American Entertainer Jennifer Lopez has been featured in forty-five music videos and has released three video albums. Lopez's first music video was for "Baila", from the soundtrack of the movie Music of the Heart.

Ain't It Funny still holds the record as Jlo's most popular video critics say. But here at the Wrap-Up Magazine, we want to hear what the fans have to say about this.

Be sure to check out: A Full Year Of Jennifer Lopez

If you were given a chance to star or direct any of Jennifer Lopez videos, which would it be and why? Leave your thoughts in the comment section below so that the author may engage directly with you. If you find this article interesting, share to any of your social media sites to help others find the page.

It was hard to choose a video to remake for members of the Wrap-Up Magazine. In the end, we decided we would remove Nas from I'm Gonna Be Alright and insert a artist that has more of a style that match Jlo such as Nelly or Ja Rule again.

The concept of the video would change also. It would be more related to the songs. Just a little touch of perfection. What do you think? Comment in the comment section below!
Posted by Gansta Marcus at 6:54 AM