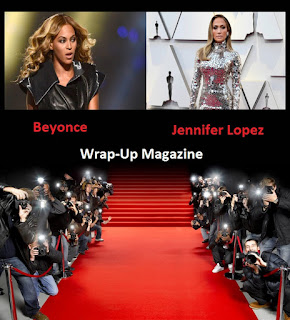 Celebrity Match Up is back with another article fans cant help but to engage in. This time we want to know who is your favorite out of Beyonce or Jennifer Lopez? Both of these women are powerhouses in the industry of not just performances, but also on the movie screen.

Born and raised in Houston, Texas, Beyoncé performed in various singing and dancing competitions as a child. She rose to fame in the late 1990s as the lead singer of Destiny's Child.

Beyoncé has worked extremely hard for her 22 Grammy Awards, solidifying her as the most nominated woman and the second-most-awarded woman in Grammy history.

In 1991, Lopez began appearing as a Fly Girl dancer on In Living Color, where she remained a regular until she decided to pursue an acting career in 1993. Essentially, J Lo has many talents, and she excels in everything.

She turned to music and found major success on the pop and dance charts with hits like "Get Right" and "Play," while continuing to garner Hollywood film work.

So lets take a vote! Which celebrity out of Beyonce or JLO would you say you have watched the most? Or who's music have you listened to the most? Cast your vote today!

See Other Celebrity Match Up's Below!

Tim McGraw or Garth Brooks?
Posted by Gansta Marcus at 7:37 AM