What Happened To Lil Flip? 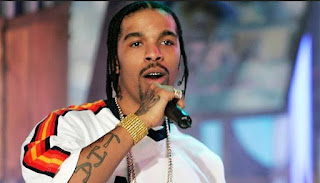 Texas had a big impact on the music scene in the mid 2000's and Lil Flip was a big part of the movement. Lil’ Flip these days is perhaps most well known for his feud with fellow rapper T.I.

Flip started rapping for Suckafree Records out of Houston, Texas, when he was 18, in 1999. He released his first album, The Leprechaun, the next year. Eventually selling more than 200,000 copies, it featured the hit single “I Can Do Dat.”

The single, “The Way We Ball,” helped propel Lil’ Flip into the national spotlight. The rapper was also able to work with Yung Wun, Ludacris, and Three 6 Mafia that year. This gave him the clout necessary to create U Gotta Feel Me, a double-disc album released in 2004, distributed by Sony Urban Music.

Lil Flip went on to start his own record label, which he named Clover G Records, after Cloverland, Lil’ Flip’s home neighborhood in Houston.


While T.I. was incarcerated for parole violations, Lil’ Flip used the opportunity to object to T.I. calling himself “King of the South.” The heavily publicized feud led to T.I. going to Cloverland, to expose Lil’ Flip as a fraud. When T.I. arrived in the neighborhood with his crew, Lil’ Flip approached him with his respective crew.

The altercation led to one of T.I.’s posse shooting at Flip and his entourage. Later that day, T.I. would go on the radio to allude to a phone recording he had with fellow Houston rapper Scarface. In the recording, Scarface allegedly claims to have never heard of Lil’ Flip, a severe diss toward someone who was still widely referred to as the King of Freestyle.

However, James Prince, CEO of Rap-a-Lot records, eventually stepped in to resolve the feud. Rap-a-Lot was the record label which had been able to popularize Southern rap, so it was in the company’s best interests to limit in-fighting. Prince was able convince T.I. to keep the recording to himself.

Lil’ Flip released Kings of the South with Z-Ro, in response to the T.I. album Urban Legends, showing that at Lil’ Flip did not consider the issue entirely buried. Unfortunately the release did more harm than good, turning many of the Houston rappers Flip had previously worked with against him. 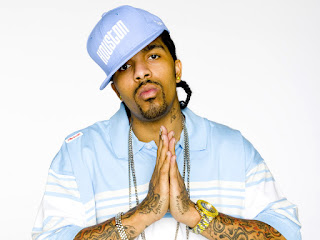 In recent years, Lil’ Flip has had public financial troubles, despite continuing to release albums. In 2007 the former King of Freestyle was arrested for credit card fraud, and then in 2009 an e-mail from the estranged mother of Flip’s stepdaughter highlighted his difficulties in paying child support.

He was arrested in Louisiana in 2013 for possession of marijuana and a firearm in the presence of drugs. In 2014, Lil’ Flip released a book entitled Don’t Let the Music Industry Fool You!, in which Flip ironically exemplifies the value of cooperating with artists.

Earlier in 2015, Lil’ Flip ignored his own advice, releasing the album El Jefe, where he worked almost exclusively with artists signed to his own Clover G Records. While Lil’ Flip is presumably going to release more music in the future, it is clear that both the sounds and business practices of modern rap have left him struggling.

What Happened To Mike Jones?
Posted by Jessithapromoter at 5:34 PM