Why Is Everyone Mad Kim Jong Un Stepped Out In Style? 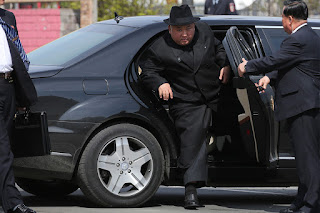 I feel Kim, if they can do it, so can I. I loved how Kim stepped out Presidential.

Kim is often seen attending high profile events in the limousines, including his two previous summits with Donald Trump in Vietnam below. For some reason the cars are banned under UN sanctions. However, Kim had a Mercedes Maybach S600 Pullman Guard and a Mercedes Maybach S62 waiting for him as he arrived at Vladivostok Station.

Company that produces luxury limos used by Kim Jong-un have no idea how he got them. 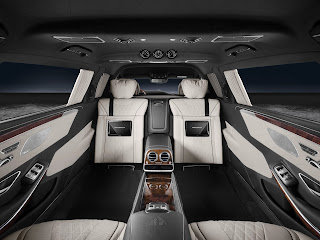 Daimler, the parent company of Mercedes-Benz, told Business Insider in a statement that it has "no idea" how its limos wound up in North Korea as the firm does not do direct business with the hermit nation.

The North Korean leader traveled around Vladivostok in what is believed to be an armored Mercedes-Benz S600 Pullman Guard limousine. Little is known about Kim's limo, though it looks to be from the W221 generation, sold from 2008 to 2013, and features white leather upholstery.

Although Daimler admitted that it has no control over the actions of third-party or second-hand dealers, it's likely through those channels that North Korea obtained the vehicles. Photos of the North Korean Mercedes limos first surfaced in 2014. The vehicles are estimated to have been worth well over $1 million each at the time of purchase. 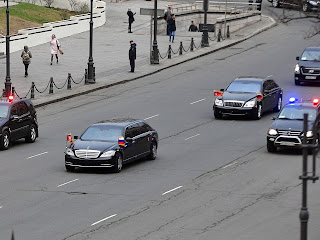