How Did Eazy-E Really Die? 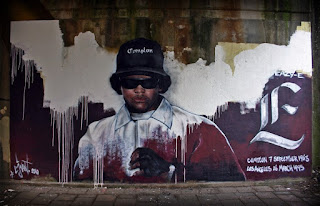 I believe it's time for a new investigation to start in the death of late rapper Easy-E. It has been know for years that the rapper died of AIDS, but new evidence is emerging that states otherwise.

Without Eazy-E, the rap world might look substantially different today. In fact, we may have never heard of rappers like Dr. Dre and Ice Cube. And the trajectory of ‘gangsta rap’ would have been entirely different.

Despite being mired in controversy, Eazy-E’s legacy remains massive. But while he was alive, Eazy-E’s life resembled a war zone. The rapper had dangerous beefs involving rival members of N.W.A, most notably Dr. Dre and Ice Cube.  Those eventually ebbed, though the list of other sworn (and armed) enemies was extensive.

Simply put, a lot of people wanted Eazy-E dead. Others had outright threatened to murder the Compton rapper. And like many high-profile gangsta rappers, the threat of death and violence constantly hovered.

So how did Eazy-E really die?


Eazy-E’s daughter, Ebie Wright, has been attempting to answer that very question. Last month, she started raising funds to launch a serious investigation into this issue.  Ebie simply disagrees with the long-held belief that Eric Wright contracted AIDS through unprotected sex. And many in the hip-hop world agree.

What were the elements of the cover-up? In the video, Ebie laid out the following issues, all of which suggest a coordinated effort.

2. The rapper was sequestered in a remote ward of the hospital, with most unable to visit.

3. Eazy-E’s attorney of just two months drafted a will while the rapper lay on his deathbed.

4. A ‘secret marriage’ was arranged just 12 days before Eazy’s death.

5. One week before Eazy’s death, Wright’s estate was looted of valuable possessions.

6. After Eric Wright’s death, one person walked away with everything, according to Ebie. That’s most likely a reference to Tomika Woods-Wright, who married Eazy-E moments before his death.

Eric Wright’s death was astoundingly quick, even for someone suffering from the virus in the 1990s.  Fans were quick to contrast Eazy’s fate to that of Earvin ‘Magic’ Johnson, who was found carrying HIV in 1991. After discovering the virus in November of that year.

But Magic was still alive nearly four years later. Of course, he’s still alive today.  Even Arthur Ashe carried HIV for more than five years before passing away in February of 1993. So how is it possible that Eazy-E succumbed to the illness so quickly?

One longtime theory is that the conspirators used a purposeful, lethal injection.  That includes the belief that Eazy-E was injected with HIV after suffering a motorcycle accident. “I think they were giving him tainted needles with the AIDS virus through acupuncture,” said Frost, a Ruthless rapper. “Because how else could somebody die that fast of AIDS?”


Here’s the interview with Frost, which offers a telling revelation from someone close to the situation. Frost was part of the documentary, For The Record: The Story of Latinos in Hip Hop.

But that is only one possible theory. A malicious injection may have been the real murder weapon. And it’s just as deadly as a gun. But who administered the poison?

The rapper Eazy’s surviving son alleges that Suge Knight coordinated the murder, and even bragged about it. Marquis cited a recent interview between the notoriously violent rap manager and Jimmy Kimmel:

Others agree, noting that AIDS simply doesn’t kill that quickly. Eazy-E simply went too fast, with too few symptoms. Among the leading skeptics are rapper B.G. Knocc Out, who collaborated with Eazy-E in the years leading up to his death. Most notably, B.G. appeared on the Eazy-E track, “Real Muthaphuckkin G’s,” released in 1993.

B.G. also toured and recorded with Wright during that period. And according to B.G., Eric Wright appeared healthy for most of the last three years of his life. “I believe in my heart somebody did something to Eric,” B.G. told Hip Hop DX. 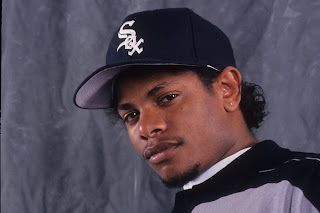 Problematically, these events transpired more than twenty years ago.  And that makes it incredibly difficult to unearth records and communications pertinent to the case. Authorities like the LAPD have not followed any leads, and this case has long gone cold. Statutes of limitations also start to apply after longer periods of time, making this an incredibly difficult undertaking.

Another major complication is the death of Heller himself, who recently passed at age 75. Heller undoubtedly had knowledge and resources to properly pursue this matter. But Ebie indicated that a number of Wright’s older associates are now willing to speak out.  Many of those come from within the hip-hop community.

Posted by Jessithapromoter at 5:32 PM