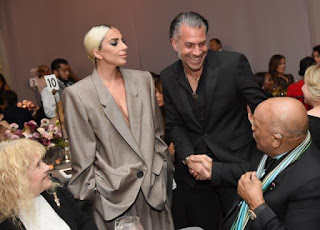 Someone has to break the news to Blac Youngsta that he may be a little too late to be getting at Lady Gaga.

While onstage to accept her award, the singer turned actress delivered an emotional account about what it really means being a woman in Hollywood, weaving in her own sexual assault as well as the inadequate attention paid to mental health in our country. It started with her talking about how she picked her outfit — an oversize Marc Jacobs suit — after looking at dress after dress and feeling like none of them was right.

“We are not just objects to entertain the world,” she said. “We are not simply images to bring smiles or grimaces to people’s faces. We are not members of a giant beauty pageant meant to be pit against one another for the pleasure of the public. We women in Hollywood, we are voices. We have deep thoughts and ideas and beliefs and values about the world, and we have the power to speak and be heard and fight back when we are silenced.” 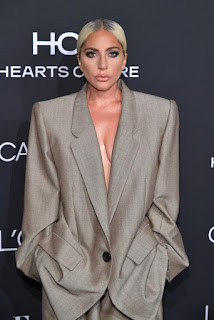 Gaga has kept really quiet about the romance, which started not long after her engagement to Taylor Kinney ended in 2016. Onstage during her “Joanne” tour last year, she made it clear Carino was her main man, saying how he met her backstage to make sure she was OK and then added, “The best part about being in love with someone is having them there to catch you if you fall.”

Lady Gaga confirms engagement to 'fiancé' Christian Carino
Posted by Jessithapromoter at 1:26 AM