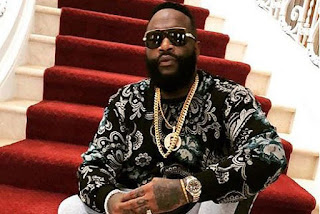 Its been a while since The Wrap-Up Magazine released any Top 5 music videos from artist. On the verge of their return, they release have released the best of Rick Ross visual videos. William Leonard Roberts II, known professionally by his stage name Rick Ross, is an American rapper, entrepreneur and record executive. See which videos was chosen below!


Exclusive: All About Rick Ross

Had to kick it off right with 'Hustlin' a grand slam anthem. "Hustlin'" is the first single from Miami rapper Rick Ross's debut album Port of Miami, composed by The Runners and himself.

Who didn't like this track when it first came out? "Push It" is the second single from rapper Rick Ross' debut album Port of Miami.

Now we turning things up. this is how Rick's career advanced. "So Sophisticated" is a song by American rapper Rick Ross. It was released on June 5, 2012 as the second single from his fifth studio album God Forgives.

Make sure there is no kids in the room when hearing this one. Rick Ross' new track was meant to be blasted from car stereos. "I started with a box Chevy / then I got a blue Lexus."

Rick Ross - Buy Back the Block

Rick Ross enlists some of rap's biggest stars for the remix to his street anthem. Rick Ross 'Buys Back the Block' with Checkers franchise. The video also falls in line with Ross's “Buy Back the Block” rags-to-riches song.
Posted by DJ Sippitakeover at 3:51 PM