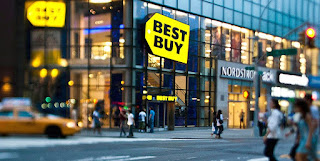 As of July 1st, Best Buy officially ceased sales of physical CDs at all stores nationwide. The electronics retail giant will no longer offer compact discs due to a major decrease in sales. According to ABC, sales decreased by 18.5% in 2017, which is a perfect example of the growing power of streaming services such as Apple Music, Spotify, Tidal, among others, at work.

While CDs have begun to become a thing of the past throughout the last several years, vinyl copies of songs and albums will still remain on Best Buy shelves for at least a couple more years, as they continue to quench the nostalgia of music lovers. According to the Recording Industry Association of America (RIAA), vinyl sales were up 3% in 2016. The RIAA has also reported that in 2016, streaming alone generated more revenue in the United States music business than all other formats combined for the first time ever. Target is expected to be the second retail giant to begin selling fewer amounts of CDs in upcoming months.


Best Buy Pulls Cds From Shelves, Others To Follow

Despite the dying entity that CDs have become, there are artists who are still releasing physical versions of their brand new albums in honor of die-hard fans. Hip-hop acts such as The Carters, Kanye West and most recently, Drake, are still making their new music available in the physical format. CDs can still be purchased at stores that are still in the business of physical copy sales.
Posted by Jessithapromoter at 10:11 AM