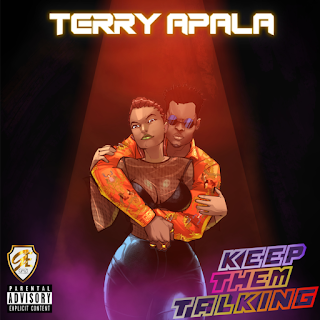 New music out now by Terry Apala The Buzzing Apala Rhythm Sensation titled "Keep Them Talking." Terry Apala who is widely recognized for his amazing fusion of Urban sounds and his Deeply-Toned Apala Rhythm to create a Unique Afro Sound.

Terry is back and is dropping a new song under new Management, The Song titled ‘Keep Them Talking is a Mid Tempo HipHop song that leaves the impression of a Proper ‘Hard Romance’ and of course comes with the Signature Terry Apala Vibe.


This is definitely a Vibe to catch and worth every Listen. Terry Apala promises to keep his Fans locked with a ton of releases after this. This Mid-Tempo song was produced by the talented producer ‘QueBeats”.

Posted by Jessithapromoter at 4:01 AM