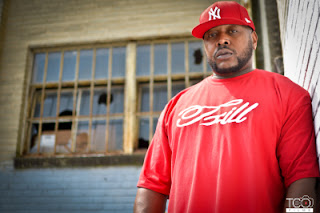 It’s been eight years and six months since Smoke D brought that undeniable underground sound made possible in part by himself as well as two trailblazing Southern rappers Bun-B and Pimp C, collectively known as UGK.

Within a month of being released from prison, he has received rave reviews online for his comeback single “When the Feds Pull Up” featuring Bukwild. Over a silky smooth interpolation of R. Kelly’s classic “When A Woman’s Fed Up” accented by piercing piano chords and acoustic guitar strums, Smoke honestly and unapologetically breaks down the possible consequences of living on the other side of the law.


“Judging from the internet response of my first leaked single, I definitely have an audience already in place,” says Smoke D. “I’m bringing them back that underground sound that was there before and bringing in a better way and pick up where Pimp left off…I learned a lot from Pimp as far as coming up with that UGK sound,” Smoke admits. “I learned how to rap from him and how to produce.”

Posted by Gansta Marcus at 9:08 PM