The Truth Behind Hurricane Katrina 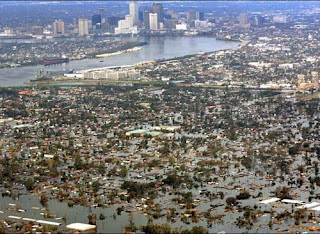 The Truth Will Shock You! Hurricane Katrina Conspiracy Documentary. This channel in collaboration with YouTube channel JASON SWIFT, is in search for Truth and Knowledge. What really happened?


They say the disaster was man made by blowing up the levy. Rumors are that the Government had to in order to protect the richer areas of the city of New Orleans.

I met a few people who lived in New Orleans during the time. After the disaster, some were given checks and spread-ed throughout the United States. They lost homes, family, and friends. That hurts! I saw families cry just because they were in new areas or neighborhoods they did not know of.

People had to live inside of a Super Dome with only 5 days of food. Things wen't horrible. “I don't think anybody anticipated the breach of the levees.” says President George W Bush. So much rain had built up before the hurricane, it was cheaper to blow the levees than rick more expensive damage.

Posted by Gansta Marcus at 2:03 AM

Email ThisBlogThis!Share to TwitterShare to FacebookShare to Pinterest
Labels: Places and Things