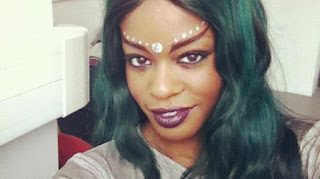 Azealia Banks is in hot water with the legal system after missing a court date for her now-infamous boob biting case.

A bench warrant was issued for the rapper after she missed the court date because she was in France for Paris fashion week. Her camp claims she thought she was due in court on March 8th and not March 6th. “She was in France for Fashion week due to meetings and other social gatherings and was not able to arrange her flight in time to appear today. She apologizes and will apologize in person to the Court for missing her scheduled hearing. In addition, she attempted to appear via a New York Attorney and through a close family member. Ms. Banks will go to the department to remedy the situation as soon as possible. Again, she apologizes for the inconvenience that may have caused the Department,” read a statement from Banks’ entertainment lawyer.

Back in 2015, Banks was thrown in jail for allegedly biting a female nightclub bouncer on the boob because she didn’t recognize Azealia as a big celebrity. The incident took place at Up&Down nightclub when she was trying to get into a party. Witnesses told the NY Post that Banks threw a fit and started using racial slurs against the bouncer. Azealea was eventually let into the club but decided to come back for more and spit in the bouncer’s face for not knowing that she was going to be featured on Rihanna’s upcoming album. She was escorted out of the club but allegedly bit the bouncer's boob on the way out. Police arrested her for disorderly conduct and assault.

Banks is no stranger to controversy and made headlines last year for causing a huge commotion at a party at actor Russell Crowe’s apartment. The rapper apparently smashed a glass and threatened some of the guests. She was invited there by the RZA.
Posted by DJ Sippitakeover at 11:05 PM