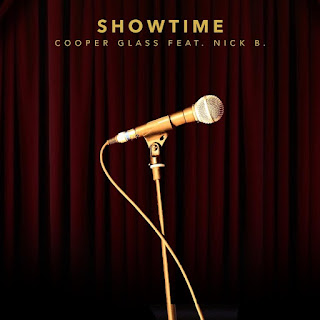 Up and coming Portland artist Cooper Glass kicks off 2017 with a bang, dropping his new single "Showtime." Featuring Rare Vibes Records lyricist, Nick B, "Showtime" is a high energy song, drenched in bass with a tempo and energy perfect for a packed out, live show.

Cooper is back to the grind after taking some time away from releasing music to rebrand himself and his sound. Reintroducing himself to Portland and the world, Cooper Glass is currently on his way to Thailand to film a music video for his upcoming single "Vagabond." Be on the look out for the upcoming debut EP from Nick B and much more music from Portland's own Cooper Glass in 2017 including the Official Music Video for "Vagabond."

Posted by DJ Sippitakeover at 6:09 PM