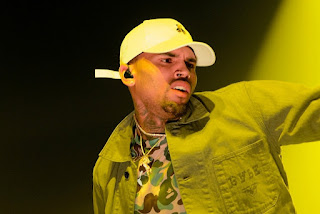 Mike Guirguis, known professionally as Mike G, claims the R&B singer trapped him in a room and punched him four times in the face and neck last month. The manager’s lawyers say the attack, which they contend was unprovoked, left him in the hospital with bruising, swelling and severe headaches.

Guirguis, who was hired as Brown’s personal manager in 2012, claims he helped restore the singer’s public image following his 2009 assault of pop star Rihanna and aided him in overcoming debt and drug issues. Just as Brown’s career finally was on a steady upward trajectory, Brown viciously attacked Mike G — the man who stood by his side without judgement.

The manager’s legal team also claims the incident, which took place a few days before Brown departed for his European tour, was “drug-fueled.” Several hours after the attack, Brown posted an Instagram video that showed him laughing with the caption, “them days when you looking for some f–ks to give.”

The lawsuit accuses Brown of assault, battery, false imprisonment and intentional infliction of emotional stress, among several other offenses, in the complaint. “The assault was unprovoked and, regrettably, just another attack in Brown’s long history of violent and abusive behavior.”
Posted by DJ Sippitakeover at 3:07 AM