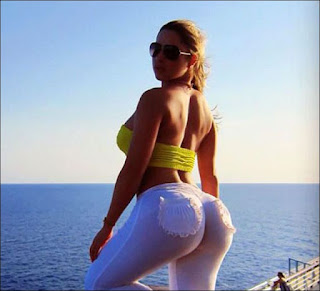 While, Miss Ferreiro might have more T&A than most women, her voluptuous figure is above the average woman. For all the right reasons, Kathy Ferreiro became an internet sensation recently. 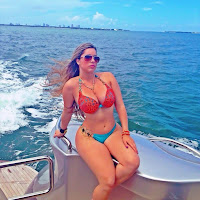 We don't know too much about Kathy Ferreiro. We do know our latest Bangin Candy is Cuban, and resides somewhere in Miami. She hoped that her 'all natural' curves and love of bikini selfies will shoot her to similar levels of fame.

Kathy Ferreiro is a Cuban model from Miami and has been causing quite the stir on Instagram, Twitter and forums of all kinds. Dubbed the "Cuban Kim Kardashian" within the city's fashion circles, 21-year-old Ferreiro has drawn enormous attention to her voluptuous body on social media. 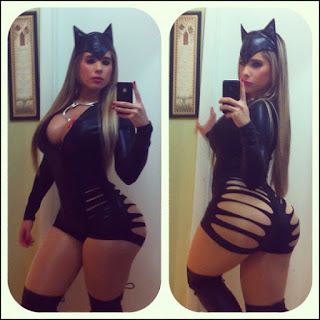 Posted by DJ Sippitakeover at 7:55 PM