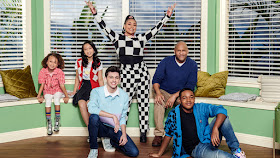 Disney is once again taking big steps in the movement toward increased diversity and inclusion in the entertainment industry: The Disney Channel recently introduced its first-ever transgender character in Raven’s Home, the reboot of That’s So Raven.

Actress Juliana Joel plays Nikki, a recurring character who serves as the assistant to Raven, the show’s titular character. Joel is openly trans and an advocate for the LGBTQ community. She shared this Instagram post to express her gratitude toward the staff and cast of Raven’s Home.

Joel grew up watching That’s So Raven and dreamed of becoming an actress since she was young. Now she is making history for LGBTQ representation on television — and she is proud that she will be a face for the trans community‘s younger members.


As a queer-identifying woman who grew up in rural America, Reed expressed how she never felt like there were characters or figures in children’s media that accurately reflected her identity or experiences. Creating the Nikki character on Raven’s Home was Reed’s way of adding a relatable representative for LGBTQ youth on TV, as well as paying tribute to the trans women in her life who “lift” her up and “keep [her] going.”