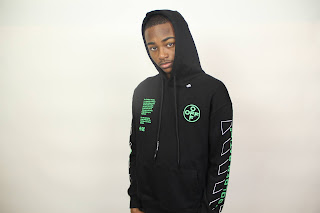 Already earning over 100k streams; the single has already been featured in, The Source, Thisis50 and Hype magazine.

Coming from a musical family, Xay Oblivion has has been groomed for musical success since birth.

Now at age 16, he has unlocked the secret to captivating his peers and cultivating a strong following.

There is much more in store for Xay Oblivion so stay tuned!

Posted by Portia Terrae at 3:59 PM