Mariah Carey Now Has the Longest-Running Holiday No. 1 Hit Songs 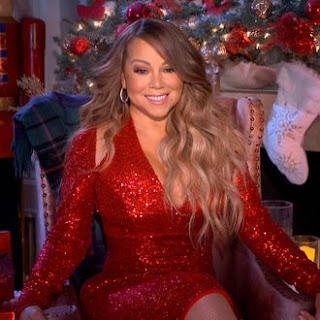 Mariah Carey’s “All I Want for Christmas Is You” is on top of the Hot 100 yet again, becoming the longest-running holiday No. 1 song ever. Earlier this month, she previously tied “The Chipmunk Song,” the only other holiday No. 1, which ran for four weeks beginning in 1958; Taylor Swift’s “willow” knocked Carey down to second last week before her return to the top spot.

“All I Want for Christmas” first hit No. 1 in 2019, 25 years after its release, thanks largely to a dedicated buying and streaming push from fans. That seems to have been the case this time, too, after Carey’s song broke Spotify’s single-day streaming record on Christmas. Since Billboard forward-dates its charts, “All I Want for Christmas” will be No. 1 on the January 2, 2021 chart, giving Carey the honor of being our first top song of the New Year — an honor she also nabbed last year with the same song. Always a step ahead, that woman.

Carey leads a record-breaking week for Christmas music on the Hot 100, with nine of the top ten songs being holiday songs. The chart breaks a record that was previously set … last week, when six holiday songs placed in the top ten. (And hey: We get it.) The top four is actually the same top four as the first chart of 2020, with Brenda Lee’s “Rockin’ Around the Christmas Tree,” Bobby Helms’s “Jingle Bell Rock,” and Burl Ives’s “A Holly Jolly Christmas” following Carey.

As for the non-holiday hits, 24kGoldn and Iann Dior’s previous No. 1 “Mood” is the only one in this week’s top ten at No. 7. Meanwhile, last week’s No. 1, “willow,” is now teetering on the edge of the top 40 at No. 38. Mark that as another record for Taylor Swift: the sharpest drop from No. 1 in a single week, besting Tekashi 6ix9ine and Nicki Minaj’s previous No. 1 to 33 drop for “TROLLZ.”

Posted by Jessithapromoter at 3:50 AM