Whats Your #FavoriteSong From Katy Perry? 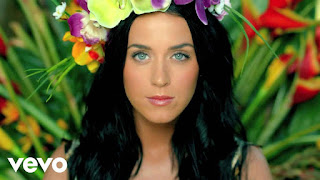 Viewers of Fans Favorite's want to know what is your favorite song from Katy Perry? During her career, Perry has been nominated in numerous major music awards all over the world, primarily for Teenage Dream and One of the Boys.

Though she has never won a Grammy Award, Katy Perry has been nominated 13 times. Perry rose to fame in 2008 with her second album, One of the Boys, a pop rock record containing the controversial U.S number one song "I Kissed a Girl" and "Hot n Cold".

Katy Perry has an astounding net worth of $ 330 million. Katy Perry's mother is the niece of Frank Perry, major Hollywood director of Mommie Dearest.