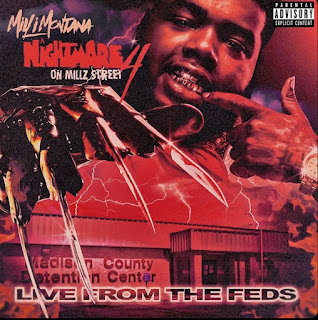 Jackson, Mississippi artist Milli Montana releases his fourth installment in his "Nightmare On Millz Street" mixtape series. "Nightmare On Millz Street 4: Live From The Feds" is a twelve track mixtape that is lead by his records entitled "From The Streets", "Lit Up" and "Fed Time Flow".
The mixtape includes features from Ant200, Caston Boy Dre and OG Dre.
Posted by Jermaine McClinton at 7:40 PM