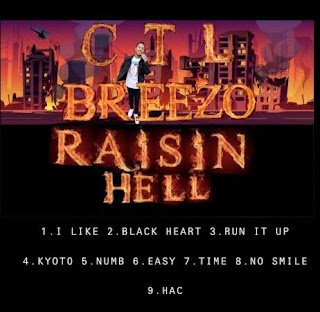 Las Vegas based artist CTL BreeZo aka “DeeBreeZyyyy” just released dropped his new project entitled "Raisin Hell" with songs called “Black Heart” and more on the project! He’s been making a wave outside of his city and is looking to continue to release more exclusive project’s to build his core fanbase, this young artist is on the rise out of Nevada & has recently been Co-signed by industry manager “Trendsetta” who vouched first for this project and loved his sound!