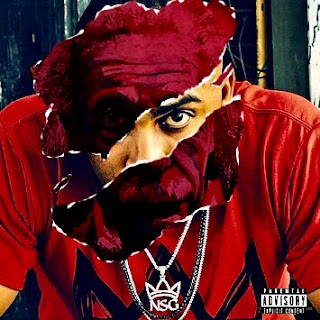 Having made appearances on Shade45 via Kay-Slay and the Mississippi Gulf Coast Radio - 94.5, MGM MIKE MIKE is prepping for interviews to take things to the next level. With his family being from Baton Rouge, Louisiana and the Mississippi area, MGM MIKE MIKE has roots in the South that run as deep as his music.
"I spent the majority of my life in Mississippi which is different because of racism and just being at the bottom of nearly every statistical category such as education, obesity, teenage pregnancy, wages, etc. So anyone who makes it out, I feel like owes back to tell their story to help the up and coming youngsters make it out," MGM MIKE MIKE said.

"My brother set me up with a producer named Heartbeatz, out of Hattiesburg during a time that I was put in the middle of some BS. And I made my first song called Takeover, I created No Sleep Gang (NSG) And the rest is history!" Inspired by the late Nipsey Hussle, MGM MIKE MIKE maintains a constant connection to the streets. "I used the oxymoron just, based on who I am, for example, Malcom X is a stupid genius. Genius in so many ways. Speaking. Leading. Inspiring. But then the same person still put himself in a situation that allowed people to kill him. Nipsey Hussle is another example," he said.

"NinoBrown305 gives his reality of the streets on two different songs on the project. Combining the efforts of different producers like Heartbeatz, First Class Rossy, C-Sick, Richie Hardo, NFL Bigg Boy, Burns Beats and more, MGM MIKE MIKE says this is, "timeless music." Combined with the efforts and work of well known manager and music businessman Smit BDM CEO, MGM MIK MIKE is creating timeless music that will reach the masses. "This project is timeless music. If you want to hear quality music, no mumble rap, inspiration for the streets...THIS IS IT! I came from nothing like many in our culture and I’m telling my experience to show others the do’s and dont’s. NSG is the business, you don’t wanna be a nemesis!"MGM MIKE MIKE said.
Posted by Jermaine McClinton at 2:43 PM