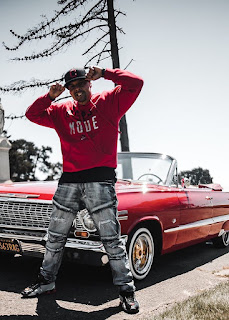 Making his return to Wrap Up Magazine, B3hree connects with West Coast producer TOPE for the new single “Run It Up.” Showing us how to make money move, B3Hree steps to the track with confidence, delivering a catchy hook and some cool stop-and-go-flow verses. TOPE brings a dope instrumental with all sounds 100% composed, showing off some of his new and improved production skills. Making a name for himself producing for Slum Village, Skyzoo, Blu, and more TOPE and B3hree have been crafting their new songs live in-studio working consistently in Oakland. Having recently collaborated with San Quinn, Napalm, Thizzler, and more B3Hree’s stock continues to rise.

For now, press play on “Run It Up” and be on the lookout for more music coming from this Bay Area artist.

B3hree - Run It Up (Produced by TOPE)