Brandon Bucks (@brandonbucks) - "How To Party For Dummies" EP 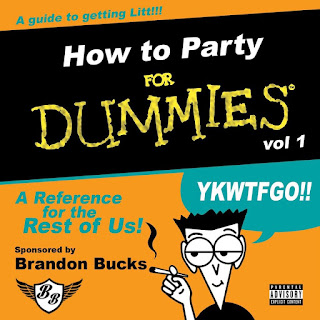 Rap artist Brandon Bucks grew up in rural eastern North Carolina, he started as a child playing instruments such as the saxophone and the piano.Bucks fell in love with Hip Hop soon after, he became passionate about writing lyrics and recording songs. Much of his music is inspired by the club scene, street culture and urban lifestyle. Determined to make a name for his self Bucks continues to release projects while also shooting music videos. During the pandimic Brandon Bucks creates a 5 song EP that he hopes will bring people good energy and vibes that will get them ready to get Littt again. The project has one feature on it from R&B artist Travisty. With production from Cashmoney Ap, BoloDaProducer, ProdYIB and a few more dope producer, Bucks has a Fire project on his hands.
Posted by Jermaine McClinton at 3:59 PM