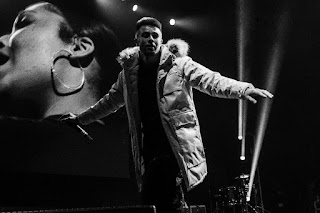 22-year-old, Renton, Washington, artist, Michaelson; seems to be hinting at his long-awaited, studio debut. A multi-year alumni of the artist development program "The Residency", founded by Macklemore & Ryan Lewis; seems to be setting his sights towards his first official release. Quitely amongst the shadows, Michaelson has been constructing his base, in which to build, and possibly strive in the Pacific Northwest.

From performing King 5's "New Day Northwest" to performing along side Macklemore at a sold-out Paramount Theatre; the years of growing both as an artist, and person, seem to be building up to something. You take all this, and team it up with his Grammy-nominated audio engineer, Milo Eubank; you can't help but think of the possibilities.

Posted by FVRTHERMORE at 5:29 PM