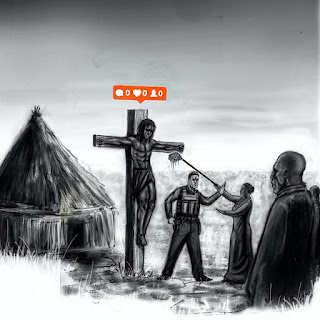 Two of Portland's Hip Hop GOATs HANiF (formerly known as Luck-One) and TOPE connect for the surprise EP "No Clout" available exclusively on Bandcamp for sale only!

Hitting Bandcamp's Top 5 Best Selling list within 24 hours, HANiF and TOPE shocked their fans with the new EP out of nowhere dropping with little to no promotion. 7 songs deep, HANiF makes his return to music with his first official release since 2014 and sounds sharper than ever with updated bars and unleashed lyricism. TOPE surprises listeners as well with a new and improved production sound that shows his growth as a musician and producer, featuring additional production by Anthony Danza on "LLC."

Taking a page out of Nipsey Hussle's playback, HANiF elected to forego streaming services to exclusively sell his new project, and so far, the decision is paying off. With artists having clear over 1,500 streams to equal one sale in 2020, HANiF and TOPE are taking advantage of the work they put in for years to build a dedicated fanbase in the Northwest and worldwide. With HANiF dropping his first official release in over 5 years, fans have been happy to fork over $9+ to hear what an artist they love has been up to.

As two trailblazers in the Portland Hip Hop scene both TOPE and HANiF took time away from music and relocating to Oakland and New York respectively. Connecting while back in Portland the basis of HANiF's No Clout EP was essentially laid in one studio session with TOPE playing beat after beat and HANiF inspired to eat up every track coming his way.  Guaranteed to be one of the best projects you hear to  2020 hit https://luckonemusic.bandcamp.com/ to support these two independent artists.