Momoh (@MomohCobain) - "Ask About Me" 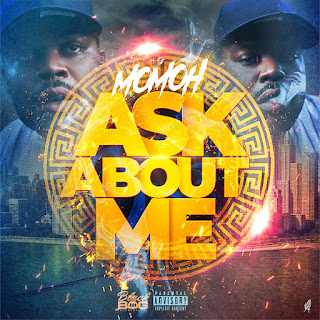 Minneapolis rapper Momoh released “Ask About Me” today. Premiered via Respect-Mag, “Ask About Me” is the first new offering from the midwest heavyweight since the release of “Wraith” ft. Moneyman last April.

On the new track, Momoh describes his notoriety, explaining that, if asked, there’s a lot to tell. The emotive soundscape of the Daniel Few-produced (Lil Baby, Lil Boosie, Trae The Truth and more) track underscores the rags to riches story he’s telling.


“Ask About Me” is available everywhere now. Raised in the Midwest on the northside of Minneapolis, Momoh is best known for the hit song “May I Flex" with the late Xxxtentacion. Since release, the song has garnered close to 10 million streams organically. Momoh recently signed with Chicago based label, Black Bag Inc., and released his last single “Wraith” within weeks of securing his new deal.

Posted by Jermaine McClinton at 10:44 AM