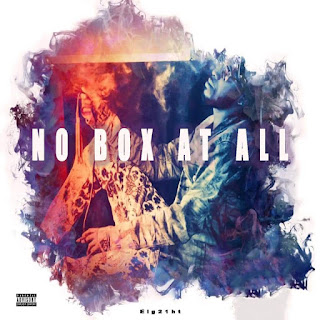 Now we find Eig21ht prepared to go to the next level with his new album "No Box At All". The 10-track release sees Eig21ht truly prove he can't be put in a box of expectations. He weaves through sounds and maintains a level of lyricism that sticks to the ribs throughout.


It's essentially a perfect blend of catchy hooks, modern flows, punchlines and impactful bars. With one listen you just know that Eig21ht has talent that cannot be ignored. Joining the MC on "No Box At All" is Renee Lee, Dolla Black, D.O.L.O. and many more. Hotep Slowsteps handles most of the load on production with entries from Metro Boomin, DoncheDidIt, Kidd Doja, Fox and Ricky Rich as well. Give it a spin now.
Posted by Jermaine McClinton at 11:50 AM