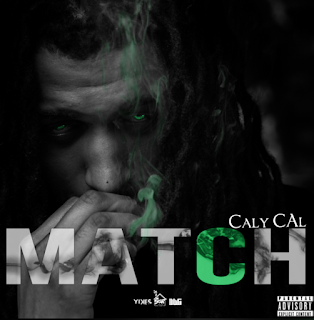 The now, Florida, representer, Caly Cal, delivers his hit single's – "Smokin' Drinkin'," "Summertime," "Me & My Reefa," and "How I Do," – along with a handful of other smoking anthems.

Starting the long-awaited project back in 2016, Caly Cal and long time partner and engineer, Ron Lomont, continued to make a few revisions & tweaks until this is what the album, Match, became.

"It was suppose to be a mixtape, but the more I kept revising it, the more it sounded like an album for me; and this just was God's timing to release it because 4/20 is all year!"

"It’s a vibey tape, so I intended for people to enjoy a session with one another, or even if you want to match yourself that’s fine... this project helped me find my lane and sound as an artist." - Caly Cal

Besides this, there's much more of Caly Cal to come! In the meantime, stream the official new album, Match, below.