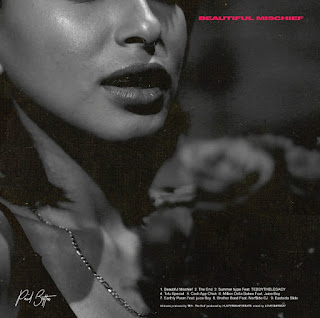 Texas based artist SoupMakesItBetter releases his new visual for “East Side Slide” off his newly released album Beautiful Mischief. Shot by Austin based videographer Mntl and, edited by SICKORENO. The video puts you in kind of a daze with its multi colored lighting and smooth camera work. Although this song produced by TEA has already been released, this video is what really ties the song together by matching the vibe of sliding down the east side of Austin from taco trucks to the ran down car wash if you never been to the Eastside of Austin here is your invitation. Make sure to look out for more visuals from these two, because you definitely won’t want to miss them.
Posted by Jermaine McClinton at 10:39 AM