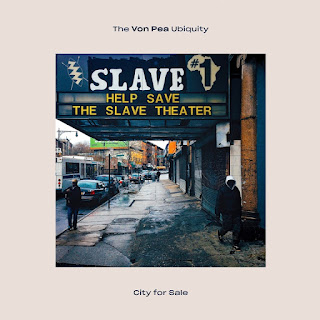 “City For Sale is a breakup album. A relationship album. Instead of a woman, it’s about my hometown...YOUR hometown...your old way of living. Growing apart from a place, from people, from who you once were. Because I’m from a currently gentrifying city that theme is on the surface of the album but the overall narrative is for any person that feels unfamiliar in a space that was currently familiar to them. This album is me finding my new comfort zone because I have to.

The City For Sale album is the first time I've produced an entire album on my own including making every beat. Even Donwills recent One Word No Spaces LP (which I'm credited as the producer) was co-produced and co-arranged by Donwill. That’s something we always wanted to do. City For Sale is another personal goal for me. I've been afraid to do an entire album alone until now....if this shit is wack it’s all my fault. With that said this is my calling card album. This is the one I will hopefully be known for when it’s all said and done.”