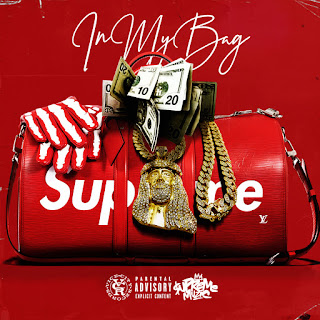 South Florida has always been held in high regard among Hip Hop fans. In recent years, the region has produced some of Rap’s most talked-about new artists. The epicenter of the region is the world-famous city of Miami. Never short on talent, Miami looks to add another name to the pantheon with the 305’s own Supreme Muzic. Having collaborated with the likes of Ball Greezy, Love & Hip Hop’s Teairra Mari, Ice “Billion” Berg, and more, Supreme is surely no stranger to the music scene.

Conquering his city with by routinely gaining radio mix show spins on 103.5 The Beat as well as 99Jamz, Supreme Muzic now looks to take his talents global. As the summer begins to wind down, hustling season is almost upon us and the newcomer is in full hustler mode in his new video for “In My Bag.” Directed by Blood Is Bond, the visual finds Supreme making his rounds throughout the city collecting his profits. The high energy track, produced by J Smoove, serves as a perfect match with the dark undertones of the clip.