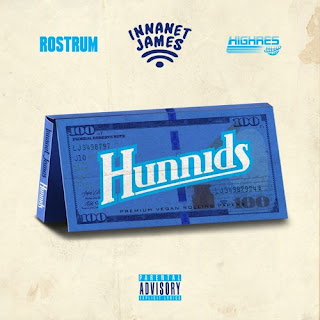 Like his namesake, Innanet James, the 22-year-old Silver Spring, Md. native, has been in tune with what is happening online ever since he was a kid discovering artists like Raekwon, Ghostface Killah, 50 Cent and Lil Wayne, the latter whom he credits as the reason he started rapping. "I wouldn’t be rapping if it weren’t for Da Drought 3," James explains. Even though music was in his blood — his father was a musician and played Congo drums for a few GoGo bands — becoming a rapper was never a goal. However, that changed in December 2015 when a friend paid for James’ first studio sessions. One of the tracks recorded was "Summer," a song that would change his life and land him rave reviews on Pigeon & Planes, Pitchfork, and XXL. By the time his debut 10-song EP, Quebec Place, was released in August 2016, eight months after he began taking rap seriously, he went from an unknown community college student to one of DMV's brightest stars. He performed at Bonnaroo 2017 and signed a label deal with HighRes Global/Rostrum Records in 2018. Following the success of 2018's Keep It Clean (hit songs “Better Without You” and “Bag” have over 5MM and 1.5MM streams across all DSPs respectively), Innanet James picks up right where he left off in 2019 with the single "Hunnids," a silky, keyboard-driven ode to the good life.
Posted by Jermaine McClinton at 2:11 PM