Eazy Money - "Between Us" (Lyric Video) 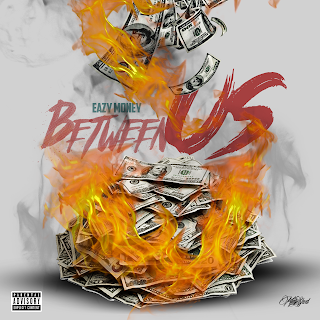 Eazy Money is bringing an exhilarating spirit to modern hip-hop, tying in a multitude of influences to provide one phenomenal sound. With snappy bars and a natural rhythm that one cannot help but to commend, Eazy Money is undoubtedly on his way to industry success. Born and raised in the Bronx on the music of old-school legends such as 50 Cent and Jay Z, Eazy Money has admired the world of hip-hop since his youth. Eazy has been exercising his efforts in the rap game since 2014. Taking a page from the books of these fiery influences, Eazy has been developing his craft and refining his lyricism and delivery. While traveling between Miami and New York City, Eazy has been hard at work producing quality content and learning from some of the country’s greatest in music production. His track “Trauma,” and a recent piece crafted with legendary producing duo Cool and Dre, “Between Us,” prove his developmental excellence and ability to work alongside hip-hop notables. Available through YouTube and SoundCloud, Eazy’s music is on it’s way to spark a major cultural wave. BETWEEN US: Eazy Money’s journey through hip-hop over the past five years is reaching a head with his new track “Between Us,” produced by Grammy-winning producing team Cool and Dre. Eazy’s effortless swagger and vocal confidence paired with this legendary duo’s captivatingly catchy beat provides a solid foundation to a record that is expected to reach every playlist this season. Rapping about a life of luxury brought by hard work and a dedication to the game, this New York native bares all, while maintaining a slick flex and anticipation of his rise to the top. “Between Us” is available on a variety of streaming services and online everywhere.
Posted by Jermaine McClinton at 7:31 PM