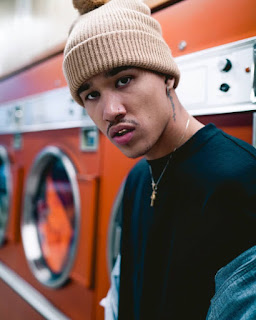 Rising Portland star 3AM is back again with the Offical Music Video for his experimental new single, "Hot Shit" produced by Pliv. Toying with his sound more and more, 3AM steps away from the R&B side of things and turns up the notch lyrically and sonically with his latest release. "Hot Shit" displays his raw, gritty side that we haven't seen since "Freddy vs. Jason." He boasts about his wild days in high school thuggin' to the present day shift to crowd surfing and livin' the rap life.

Dripped in 808's, 3AM breaks down his hustle and silences the haters over the grimey trap production. Filmed in downtown Portland, 3AM and his squad flex in the Riley Brown directed visuals. Including clips from his recent live shows, "Hot Shit" shows 3AM really in the mosh pit turning up with his fans. Director Riley Brown takes "Hot Shit" over top with psychedelic effects and dark tones to match 3AM's vision. Tailor-made for his stage shows, 3AM is not only a diverse artist in the booth but also one of the most exciting performers in his hometown.

After flooding the scene earlier this year with hits like Booth On Fire, Off A Perc, Going The Distance, and more it's obvious there's no stopping 3AM's hustle this year. With Executive Production from David Ferguson aka Portland Kid and co-signs from TYuS and more, 3AM is definitely on our list of artists to keep on eye on for the second half of 2019 and beyond.

Hit play on the Official Music Video "Hot Shit" and be sure to add this to your summer playlist.

Posted by FVRTHERMORE at 9:35 PM